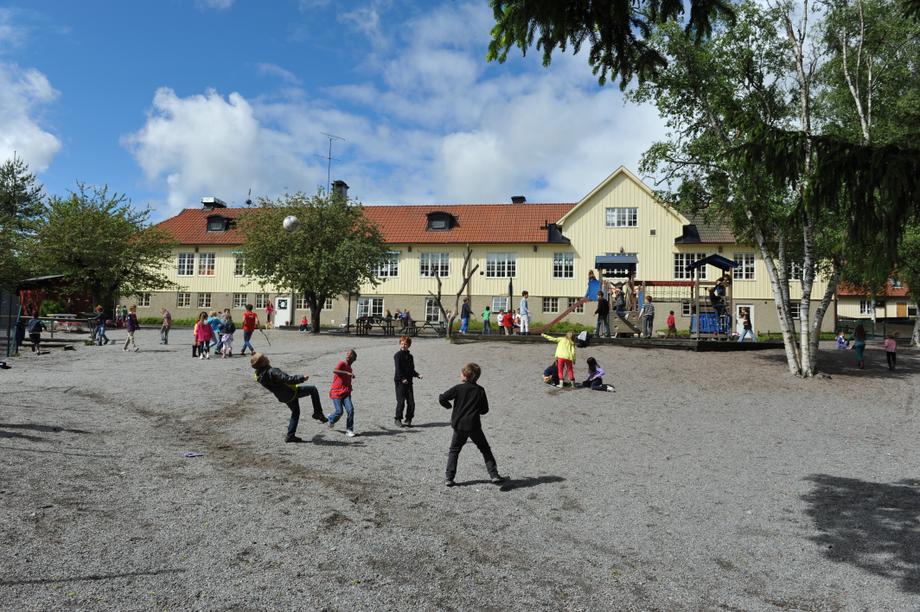 The British International School of Stockholm was founded in 1980 and was initially run from a different location: a historic house in Danderyd called ‘Borgen’.

Over the first five years, the school grew from a handful of pupils into a well established setting offering a high quality international education for primary aged children. Due to its success, there was soon a need to move to a larger site.

Our school moved to the present location in Östra Valhallavägen in 1985. This attractive historic building underwent extensive refurbishment in order to adapt it to the needs of the school. Both the current primary school site and the secondary school site (opened in 2014), are in a quiet forested suburb near to the sea and provide ideal environments for children’s education.

Originally called the British Primary School, we chose to update the name to The British International Primary School of Stockholm in August 2000 before removing the word ‘primary’ when the school expanded to include secondary children, in 2014. The name reflects the fact that we are a truly international school with over 45 nationalities represented among pupils. Additionally, although the British curriculum underpins learning in Literacy and Mathematics, we now base much of our curriculum around the International Primary Curriculum (IPC), the Middle Years Curriculum (MYC) and IGCSE Curriculum, further developing an international learning focus for all our children.

In the years since it was established, the school has built a reputation for excellence in both its teaching and pastoral care. Our staff and parents have a shared commitment to providing children with the best possible education and the school is a focal point for its international community.

Unfortunately not the ones with chocolate chips.

Some cookies are necessary in order to make this website function correctly. These are set by default and whilst you can block or delete them by changing your browser settings, some functionality such as being able to log in to the website will not work if you do this. The necessary cookies set on this website are as follows:

Cookies that are not necessary to make the website work, but which enable additional functionality, can also be set. By default these cookies are disabled, but you can choose to enable them below: